I’ve made two maps that will help explain the locations we’ll be talking about in the Episode. 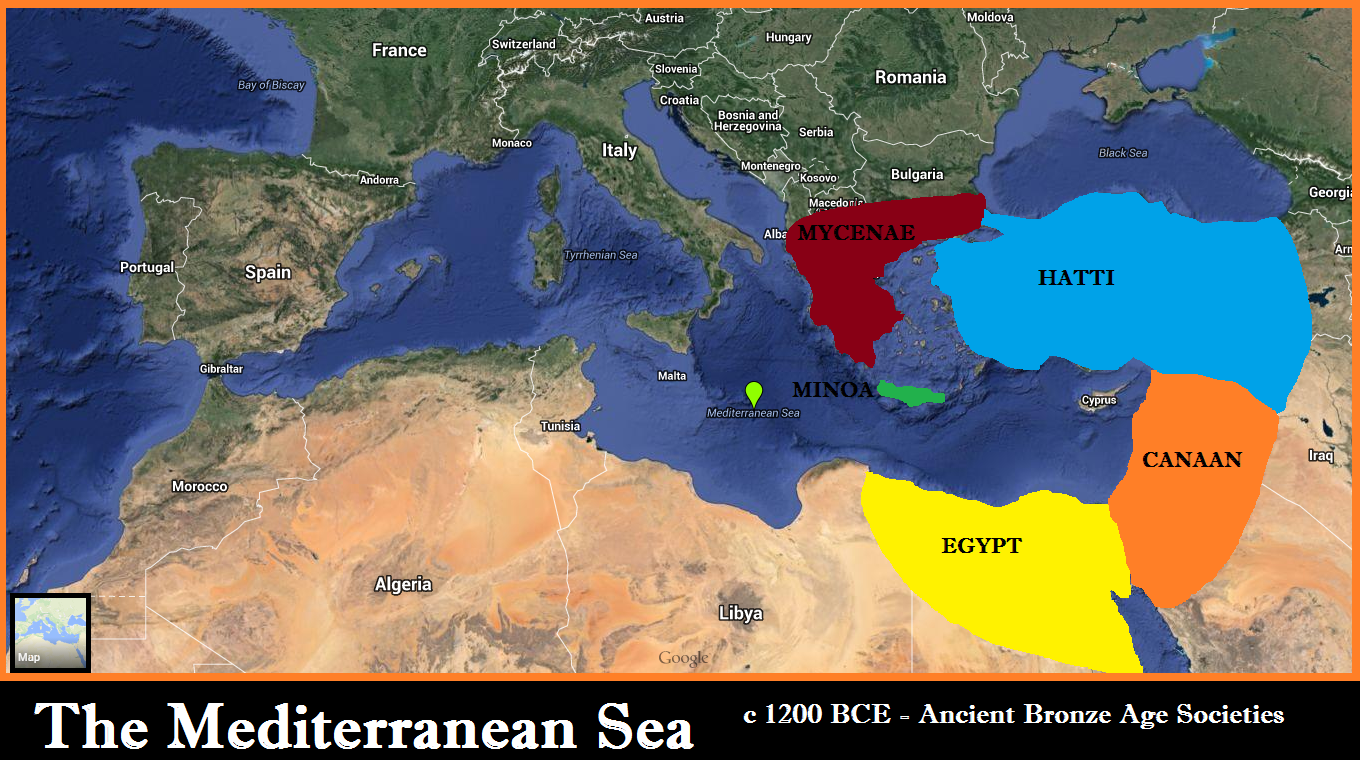 This Map shows the Bronze Ages Societies that had to deal with The Sea Peoples.

Its interesting that the destruction and collapse of these Bronze Aged societies all starting from around the same time, in the years around 1200 BCE  and within a 50 year period the Mycenaean‘s, Minoans, and Hittites disappeared, along with most of the Canaanites, leaving the Egyptians, who after the encounter were never really the same again. 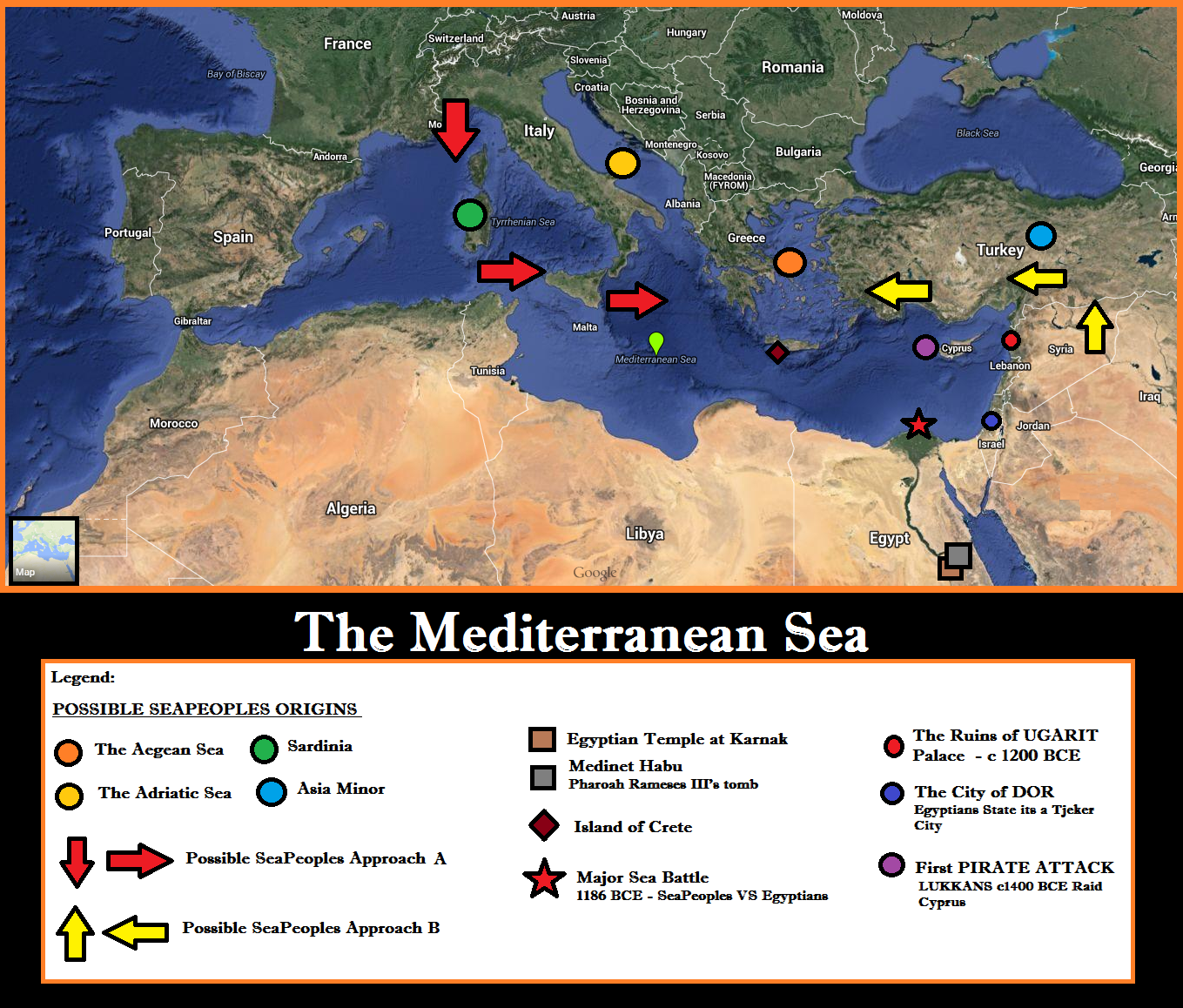 Episode 2 – Ancient Pirates & The Quest for Stuff  will be released ASAP.